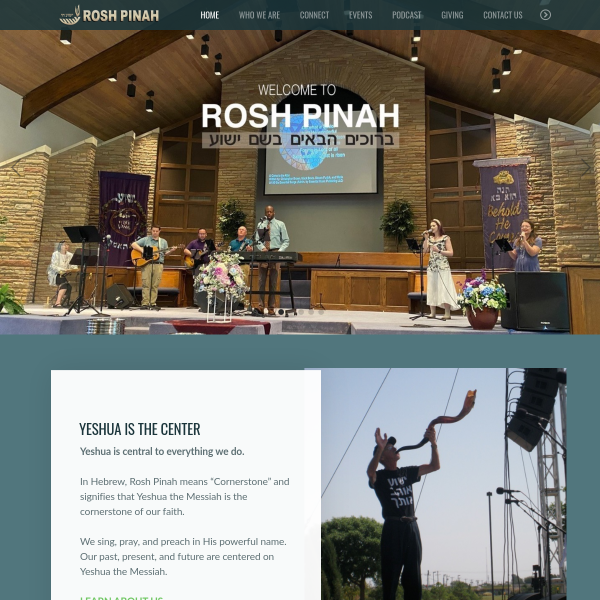 Located in Oklahoma City, we are a Messianic Congregation of both Jewish and non-Jewish Believers in Yeshua “Jesus” of Nazareth, the Messiah. In Hebrew, Rosh Pinah means “Cornerstone” and signifies that Yeshua the Messiah is the cornerstone of our faith.

Consistent with the tenets of Messianic Judaism, Rosh Pinah maintains a Jewish identity, heritage and culture that reflects the faith and practice of the first-century Jewish Believer.

Our study and teaching is centered upon the Jewish scriptures,consisting of the Tenach (Torah, Prophets, and Writings) as well as the Brit Chadashah (New Covenant). We study the scriptures from Jewish perspective, recognizing that they were written and preserved by faithful Jewish men of GOD.