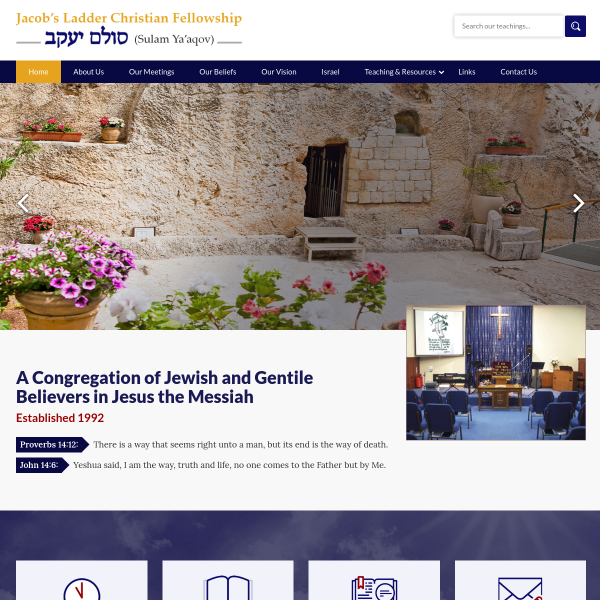 The Fellowship is named Jacob's Ladder after the incident where one of the Patriarchs had a dream and then later wrestled with and had a supernatural encounter with the Living G-d. Within 'midrash' we see here the spiritual application of how we all once wrestled with the laws and ways of G-d until He changes us. Jacob was indeed a changed man, once he was a supplanter and now he was a child of the Living G-d. In Bereshith (Genesis) 32:30 we have here what scholars call a theophany, an appearing of Adonai Yeshua before His incarnation as the promised and expected Messiah of Yisrael. Jacob declares he has seen G-d face to face and his life is preserved and so he names the place Peniel. He has already in his dream in Genesis 28:12-17 been shown a stairway to Heaven (hence, Jacob's Ladder) with the angels ascending and descending, and so again we have a 'remez', a hint or picture of how Yeshua is the Way, the Truth and the Life as our Mashiach. Not only is He the Way but He is also the Gate or Door to Heaven. (John 14:6 & 10:7)